I started this journal in 2005 when I began writing fan fiction. I write or used to write Remus/Sirius (Harry Potter), Zach/Shaun (Shelter), and Luke/Reid (As the World Turns) fan fiction and enjoy reading stories from various fandoms. I also post entries about my life (likes/dislikes, critiques, family drama, work issues). My real-life entries are personal and private, but if you want to read them, go ahead and friend me. I will mention that I write what I want to write in this journal, and you might not always like my opinions. I don't want to offend anyone, but I also won't censor myself. That being said, welcome!

Hi there! Just wanted to let y'all know I'm still alive. I'll be posting a life status update for my friends list soon (like this week) and will FINALLY finish the final chapters of the two LuRe fics that remain incomplete: It’s a Bet and Wide Awake. I know years have passed but I finally have some free time (in between jobs for the next few weeks) and will finish those. I better before everyone vanishes from LJ forever!

So I was rewatching Luke/Reid videos on Youtube, which then led to watching videos of other gay kisses and eventually a clip of two handsome men making out in a German film I'd heard nothing about. I immediately watched it on Netflix, and now I'm in love with this couple. The way they meet, fall in love . . . sigh, it's lovely. Not going to spoil it but I highly recommend it.

It's called Freier Fall ("Free Fall" to us Americans). It's not perfect like Shelter but still pretty damn good. And now I want to write fanfic to continue Marc and Kay's story but I've never written fanfic with characters that speak another language. It seems weird to write their dialogue in English when they speak German.

Anyway, I really enjoyed it and hope y'all check it out.

So I posted an entry a while back about soap actors who should be Hollywood stars. Billy Magnussen is well on his way! He's in a Spielberg film! 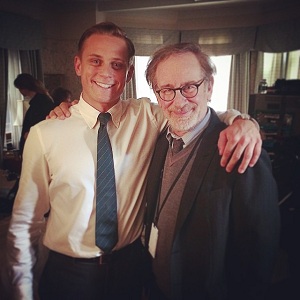 It's great to see him get work like this. Now, how about Van Hansis? 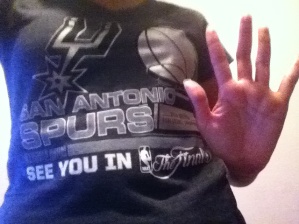 Last year they lost in the Finals. Today . . . revenge is sweet. 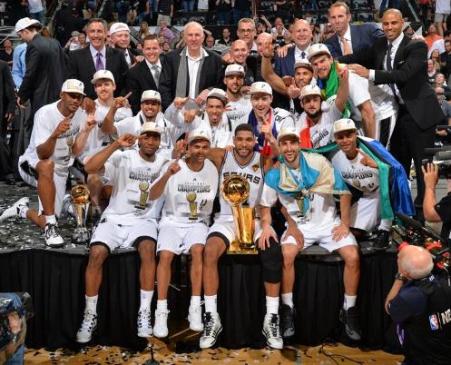 THANK YOU, guys, for an amazing season!

I Put a Spell on You - Just Another Night

It Happened One Night - We’ve Got Tonight/II

Love Me If You Dare - Tell Me

Cut the Crap - Stop It

What Do You Want From Me? - What I Want 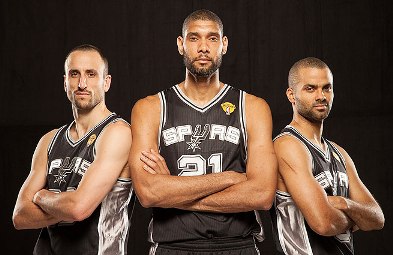 It's on! The Spurs defeated the Oklahoma City Thunder tonight to advance to the NBA Finals where they will face the Miami Heat for the second year in a row. The Spurs lost the last time but they will avenge that loss this year . . . or at least I hope they will.

No, seriously, I believe in the Spurs. I do. 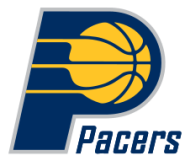 It's that time of the year again! NBA playoffs are on!

This is the only sport I enjoy watching, especially if my favorite team, San Antonio Spurs, is playing well--and they are! They need to beat the Thunder to make it to the finals 2 years in a row. It ain't gonna be easy since the MVP plays for the Thunder but I believe in the Spurs. After last year's heartbreaking loss, they need a chance to get it right this time.

Honestly, I'll accept any of these remaining teams winning EXCEPT the Miami Heat. I've had enough of Lebron James, Dwayne Wade, Ray Allen and Chris Bosh, thank you very much.

And on a side note, I can check off another item on my bucket list: I finally saw Tim Duncan play live! My sister and boyfriend invited me to Game 2 against Portland 2 weeks ago. It was awesome!

I think we all know that Van Hansis is gay, but he's never explicitly confirmed it publicly (as far as I know) until now.

Read the The Fight interview.